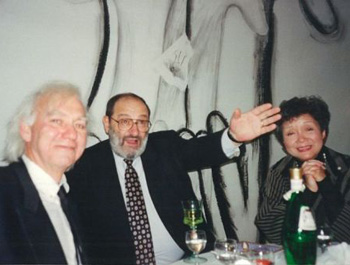 Leon Rooke’s The Beautiful Wife (Thomas Allen Publishers) is one of the most politically intelligent books I have read in a long time. To tell you that the main character, Viva Straight, works for the Refugee Board of Canada would be to pretend that this is a straight story. But it’s a comical romp into a surreal world where characters can be diverted mid-flight and find themselves in the Philippines, where the plot circles around a pair of missing shoes and where a transvestite cat speaks with a seasoned cynicism. Laced with inventive footnotes, it is utterly original.

He is the high-priest of maximalist panache, the standard-bearer for a hyper-rhetoric that is at once strange, eccentric, and beautiful.

~ Douglas Glover
White Gloves of the Doorman: The Works of Leon Rooke

Leon Rooke’s ouevre is deeply rich in timbre, wit, and invention. His characterization ventures the forbidden, the crazy-edged, the malevolent, the good, and the more complicated in-between. The compelling sound of Rooke’s voice takes you on that dangerous ride through the fragility of reality and the brittleness of individual life.

~ Dionne Brand
White Gloves of the Doorman: The Works of Leon Rooke 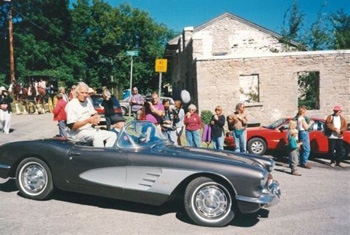 Leon Rooke’s novels are wondrous enough for anyone’s taste, but his stories are wondrous strange. In the last four decades his literally hundreds of stories have made him into one of the very few writers the rest of us have to read in order to know what the short story form can and cannot do, for he works out there in terra incognita mapping limits. Beyond this, he can break your heart in half all at once, like a kindly assassin, or chop it to bits with a dozen swift, sure strokes. He’s a writer with a black belt in portraying the small daily tragedies that break bones and leave no visible wounds. It’s when he’s funny, which he often is, that he’s most dangerous.

~ Russel Banks
White Gloves of the Doorman: The Works of Leon Rooke

O’Hagan also generously embeds, often in footnotes, his novel’s literary predecesors Cervantes, Orwell, Colette and Tolstoy who employed non-human narators. He left out, however, a more recent addition to the canon by the Canadian novelist Leon Rooke. Better to go for a walk with Shakespeare’s Dog than Marilyn’s, if you are wanting canine company.

Really talking. That’s one of the things that Leon Rooke, here and in all his work, does best: his writing talks. It has a voice that’s stronger and sharper and more ingratiating to the human ear than any writer working in English that I know. And in The Fall of Gravity he’s at the top of his form. Not since J. D. Salinger has a writer created a more convincing voice for a precocious adolescent. Rooke’s narrator seems to float into each character’s skull, then instantly emerge speaking in the character’s voice instead of his own, before floating on to the next skull, where he does the same thing. It’s not puppetry or mimicry. It’s a kind of aural conjuring that nearly dislocates the reader, causing us to ask, Who’s telling this story, anyhow?

Well, the truth is, Leon Rooke is telling this story, and he’s large enough, skilled and gifted enough, and has a sufficiently generous heart to embody all his characters, male and female, young and old, and even to embody his narrator, that artifice, the stick-figure that most novelists either forget is as much a character as any other or, if aware of his presence, turn him into a self-admiring pomposity. By contrast, Rooke’s narrator is the reader’s friend and confidant, a fellow one can trust, even if he sometimes appears not to know where his story is going or what it’s really about. Not to worry, friend. With this novel, from start to finish, you the reader are in the best possible company and the safest possible hands. 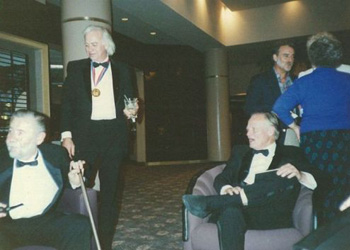 He begins like a freight train — or a preacher. He starts off slow and low and gradually, with impeccable timing, picks up speed and volume, expression and gesticulation. Most of us here tonight have had the incomparable experience of hearing Leon Rooke read. My first time was in a crowded, smoky bar on Queen Street in Toronto, the second time in the bucolic outdoors of the Eden Mills Festival; the effect was the same. He’s a preacher-tornado, antic in the pulpit, increasing in ferocity, depositing the preposterous but never incongruous details of his fiction with lethal precision. After the reading, initiates lean back in their chair, exhilarated. Everyone else looks shell-shocked; they scan the room, mutely: what was that? Leon, with his liquid lope, resumes his seat, once again looking perfectly harmless, smiles benignly, as if nothing untoward has occurred. He’s the professional subversive, the elegant assassin, the mad flame-thrower juggling dozens of flaming arrows around our heads. In his fiction he peels back the smooth skin of social convention, lets the wild darkness scream out, then closes up the wound. Each fiction is an act of kamikaze, a suicide mission, full-tilt into the mean chaos of life. The stories and the novels are dark, terrifyingly aggressive, possessed. Narrated with bitter humour of the broken-hearted. Where does it hurt? Asks Dr. Rooke. Where we laugh. Where does it hurt? Everywhere. (While other writers might make you laugh until it hurts, Leon will hurt you until you laugh. His characters are often ornery, lost, cruel, rude, sometimes horrid company, always in compelling turmoil. They’re battling misery, loss, self-loathing, searching for a scrap of human happiness. It’s both their fortune and misfortune that they possess abundant appetites. They contain the energy, the exuberance, the hell-in-a-handbasket verve of madness, the desperate disappointment, and wild hope of near-defeat. Sometimes, the negative power of the bully. Therefore, in Rooke’s fictional universe, the small moment of tenderness – when and if it comes – is explosive. Kindness has an effect. It is never taken for granted and sometimes when it occurs, we’re shocked. It’s as if the narrative suddenly shrieks to a halt and we can hear our own breathing. This eruption of compassion is all part of the master’s plan: the extreme control, the heart-piercing, bone-splintering accuracy of the master magician who first saws us in half and then restores us, more whole than when we started. I’m reminded of a Buster Keaton sequence in which Keaton and the heroine are in dire distress, fighting frantically for their lives. The heroine is screaming, beside herself with panic, and driving stone-faced Keaton crazy. He takes her by the shoulders and shakes her, shakes her hard. Then suddenly he stops, looks penetratingly at her, kisses her. Then just as suddenly starts shaking her again. It’s a wonderful moment of recognition: the screaming woman is also his beloved. It’s like the cartoon moment in which the character, after being chased over the cliff, pauses in mid-air, suspended just long enough to recognize that he’s about to plummet. And sometimes, that’s just what grace is like. The smallest moment of tenderness or innocent humour, just a breath, almost an accident, in a tide of disability, failure, grief. Extraordinary, rare; ordinary, everywhere. (Think of the last few pages of the masterful story “Muffins.”) Are Leon Rooke’s characters the damned or the saved? His tornado fiction strikes again, pulling up everything human in its way, leaving everything human in its wake.

Thank you Leon Rooke, for over thirty years of fiction. Thank you for your cool eye, and your very courageous heart.

“Where twenty years ago Canadian stories stressed content — what a story was about — the main emphasis now is on the story as verbal and rhetorical performance. Our best writers are concerned with the story as thing to be experienced rather than as thing to be understood.”

Like Vladimir Nabokov, Leon Rooke takes the enormous risk of writing about subjects that can easily become kitsch: very young, very vulnerable children in situations where all the parental love and tenderness in the world cannot protect them from atrocious harm, and where arch-abusive adults are far more likely to figure than guardian angels. I am thinking here of the murdered child in Bend Sinister and of the narrator’s young son in Speak Memory, both of them caught up in the cross currents of terrorism and war, menaced by “fatherly” dictators named Krug and Hitler. Where Nabokov uses complexly coded, high-cultural references and intricately plotted ironies to keep his representations of children from crossing the borders between poignancy and sentimentality, Rooke achieves the same effect by employing elements of the Southern Gothic, the domestic-grotesque, and the wildly erratic.

~ Janice Kulyk Keefer
Breaking the Reader’s Heart: Meaning in Leon Rooke’s “The Heart Must from Its Breaking” (Excerpt)

When you think of Leon Rooke at work, it is best to think of him as a performance artist. Certainly the notion is inescapable if you see him give a public reading, which is less a reading than a dramatization. No hiding behind the podium, head down, for Rooke. No — he is all across the platform, eating up the space, taller than tall in his high-heeled boots, white hair flying, a country preacher on the prowl for souls. He means that, too — which may come as something of a surprise.

But the performance begins at the keyboard, noodling about with phrases and themes — like a jazz pianist, except that Rooke’s keyboard is the word processor. The left hand carries the tradition while the right hand plays the always surprising and frequently stunning variations on common ideas or casual phrases…

Rooke’s particular success is with his knowledge and use of the language of human speech. And it is not merely that he has as we so often blithely say — a good ear. It is much more than that. In common with all good prose writing, his paragraphs are full of pattern, rhythm, and surprise; but in Rooke’s case these virtues are caught in the “language really used by men” and woman and children.

I cannot imagine better writing, anywhere… It is the equal of Flannery O’Connor’s best work, and it is Rooke’s bad luck to share with O’Connor a common background and similar concerns, because she has had the more powerful literary establishment assert­ing and demonstrating her virtues. She is accorded the American reputation.

But Rooke at his best is her equal, and he’s still writing. Let’s not forget either of those facts.