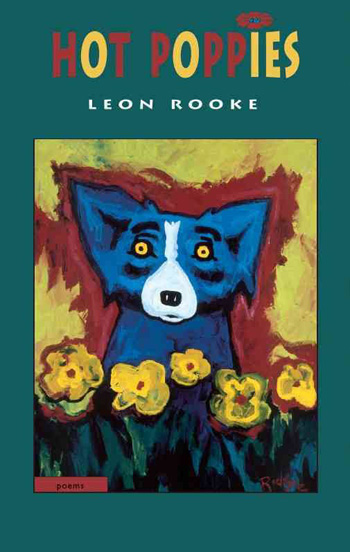 Everything from Her Mouth

Everything from her mouth
I wrote down in a blue book.
I wrote down her eyelashes
her dreams and silences
when she slept. I did this
so many years
my fingers were glued
into the book.
Now you know me she said
and as she spoke a strong wind
came up and blew me I knew not
where. The book’s pages scattered
into strange countries no one
had ever heard of.
Later
I learned women
in tropical fields planted
these pages in the earth and thus
the world came to know
cucumbers, radishes, even those red
new potatoes we’re all so fond of.

The women of the fields
sailed the seven oceans of
the green earth. They were
marooned on a thousand dark
isles where, with nothing else
to do, they discovered
they’d been impregnated by
the same dark man. The same
dark man had done the same
to their mothers in a distant time.
They felt this, and were horrified
by the absence of any hot proof
to bring before the authorities.
Destiny, the fate of our children,
were the words one heard. Coffee
prices plummeted, which led
to rioting among the natives
and a lot of loose talk that
we hear at night when sleep
is uneasy and our minds can only think
of fire drills which sounded at the most
unlikely hours and we were left
shivering in the school yards until higher-ups
determined we’d been punished
enough for one day.

Carlos was the dark man’s
name. But he had as many names
as the coffee bushes had beans.
He had sixteen names for each
hour in the day, and wore baggy suits
made from the earrings of every
woman he ever loved. The sun
had made him dark. His teeth
were pearls strung to whatever
length lips desired. He had
begun in clover, a horn
by each ear, which his women
clung to when lust whipped
their bones into other worlds.
He calls nightly to a blue dog
rumoured to exist though never
seen, yet the bowl every morning
emptied, always the blue face
in pans of bubbling water.

Sometimes I wonder would
it have been better had I never
entered her words in the
blue book. I could have spent
my life far more profitably,
and bought myself lots of hats
and shoes and walked in the
rain anytime the mood struck
me.

Rain is upset. It has got its boots
wet. It fears it will come down
with something. It would seek shelter
if shelter did not provoke such
nightmares. He and the Missis have
had a spat. She follows the trade
winds: Mexico, the Carribean. She’s
only home to bicker.

Thirteen Theories on the Death of Princess Di

My crop this year
Is the pride of the island.
It is was her left foot
poking me in the night.

The tunnel builder in France

It is incomprehensible to me
that no one has mentioned
the blue dog.

From the Oxford Companion to the Sorrows of Di
A brilliant boy smitten by beauty
A love of the English countryside
So much at odds with the history
Of its governing bodies, the soft shoe
Performed by her on the Spanish Steppes
One clear day in June, a duet sang beneath
Bruge apple trees while a blue dog
Haunched on the horizon, an orchard
Keeper who shot over their heads as
They ran naked though unknown woods,
The rhapsody of a smitten father, a hawk’s
Feather found on the seashore at Nice
Placed for good luck in the heel of her
Left shoe, the cucumber slice on which
Was carved two hearts floating
In a blue martini, how they cried
“Faster, faster!” when
The brake line snapped.

Jasper Johns followed the trail
of the blue dog, coming at last
to a cave so low in a wall of caves
not even John Cage could stand up.
Mr. Cage had issued a long-standing invitation
to one and all who found allurement
in following the blue dog’s trail.
The hundred caves in the wall
were fully occupied by musicians
and painters and one poet who, frankly,
did not do that much. They held
communal dinners each evening,
performing acrobatic feats and
famous for the crooning of
an entire spangle of blue dogs. At
high tide all the caves filled with water.
It is not known where the artists went
at such moments (inspiration was
the assumption) or what the two Johns
did with themselves. They are not
an integral piece of the story.

The limitations of which you accuse me
are considered small potatoes in my family,
which consists of the usual: aunts and uncles
and four chickens which have between
them one leg. I am not counting kissing cousins
or that lot living on the hill. I remember your
saying you could smell them coming. Warren
in Ohio was first to call and tell me my
limitations were no reason to annul the
marriage. I should see a priest, he said,
indicating to me he has gone over to the
Catholics or has been seeing them himself,
presumably over his own limitations, which
this family has grown old talking about.
Why did you take my watch? I left it by the
the whirl-eee-jig, but had every intention of
returning to pick it up before check-out time.
CNN, even that PBS guy with the drawl, asked
me were you a good husband. They didn’t
dare ask what kind of wife I had been, knowing
I would sing the answer out hooting like Mahalia
(we live in such a dumb coffined-in world).
If you ask me, there was not a thing vulgar
about the ceremony or about anything else
we did . Life is made up of minutes, as I think
I told you, or as that songwriter woman in
L.A. told me. An eight-hour marriage is nothing
to be ashamed of and better than the forty years
of anybody else you know. I haven’t mentioned
your imperfections to anyone except the
harbourmaster, who befriended me when
I occupied an interior state sealed off from
everything except fine drinking water. That
watch matters to me. I got it off a big shot,
just for showing him my teeth, which are
like pearls of wisdom cast across the whole
of your brain. Be sweet and keep the faith.
I know you will always love me. I
will be in Denver on the 10th. Ha.
I got that little “th” right where I wanted it.

A podge of nuns in Denver was auctioning off shoes
from their very own feet. Such dainty feet and each recently
pedicured. Come to my show, Britney told them. I want you sitting
right up front. I’ll buy you an orphanage full of starving kids.
It’s right that we all should live in this world without hindrance
to the stalwart initiative.

The shoes that night were strung by wire the length of the stage.
The nuns were enraptured. It was not themselves they saw walking.
They clapped heartily. The shoes were doing extraordinary
things they’d never done while on their own feet. One Sister
wept. The inevitable, she was heard to say, is so long coming.
The other nuns shooshed her. Always there was a brainy Miss
spoiling the fun.

Britney interviewed applicants for the new orphanage. The line
stretched from Denver to the next town. She was wary. She wasn’t
about to let bogus orphans occupy her beds. Her throat hums a
quiet excitement. She imagines this must be how people used
to feel when contemplating a proposal of marriage to someone
they are sure has hidden flaws, such as insanity running in the
family. That long-ago day in the rain when her aunts discovered
her singing they had looked dreary as lamp posts on a grey day.
You don’t want to be thought of as callous, someone said. How
was she to know a dear uncle had died? It has struck her that
this deal could cost her pots of money. The barefoot boy before her
is tearful. I never said anything about buying these children shoes,
she’s telling the nuns. I can’t see why at least some of them can’t
have brought their own silverware.

It was widely known among children
that there were twenty-seven Lassies,
often eight or nine in the same movie,
a stand-in taking the dangerous parts,
as when a child was rescued from a
flooding river. The children didn’t mind
so long as Lassie alerted them to who
the bad man was. The Not-Lassie dogs
used to talk about this among themselves,
how to recognize who the bad man was
and how to slobber at the bad man’s
sleeve without the real Lassie telling them
how disgusting the whole thing was. The
real Lassie’s forte was to instill a bit
of class in what was otherwise a
bleak situation. Black Beauty,
as haughty a beast as ever drew
a horse’s breath, said in Variety
that those dogs didn’t know a good
flick from a pile of merde. Pigs will be
stars, if this keeps up.

Being is the unbeing being unspun
was how Heidegger saw the matter,
lacking his invitation to the meeting
in France. In the back of his mind
was a new ocean forming drop by drop
and of knives dear Elfride sharpened
only yesterday.

Between the general
and the specific
I’ll take the general.
You’re excluded
because you’re my honey.

John Cage said to his friend Jasper Johns, Lean on me.
Johns leaned. He said to the friend to his rear, Lean on me.
This request was passed on to those other artists who
had lived half their lives cursing rising tides. All those
calisthenics, those hobbled bones, all that sloshing water.
Lean on me. By nightfall a thousand leaning artists wove
like a long shoelace through the terrain. Why?
What were they up to?